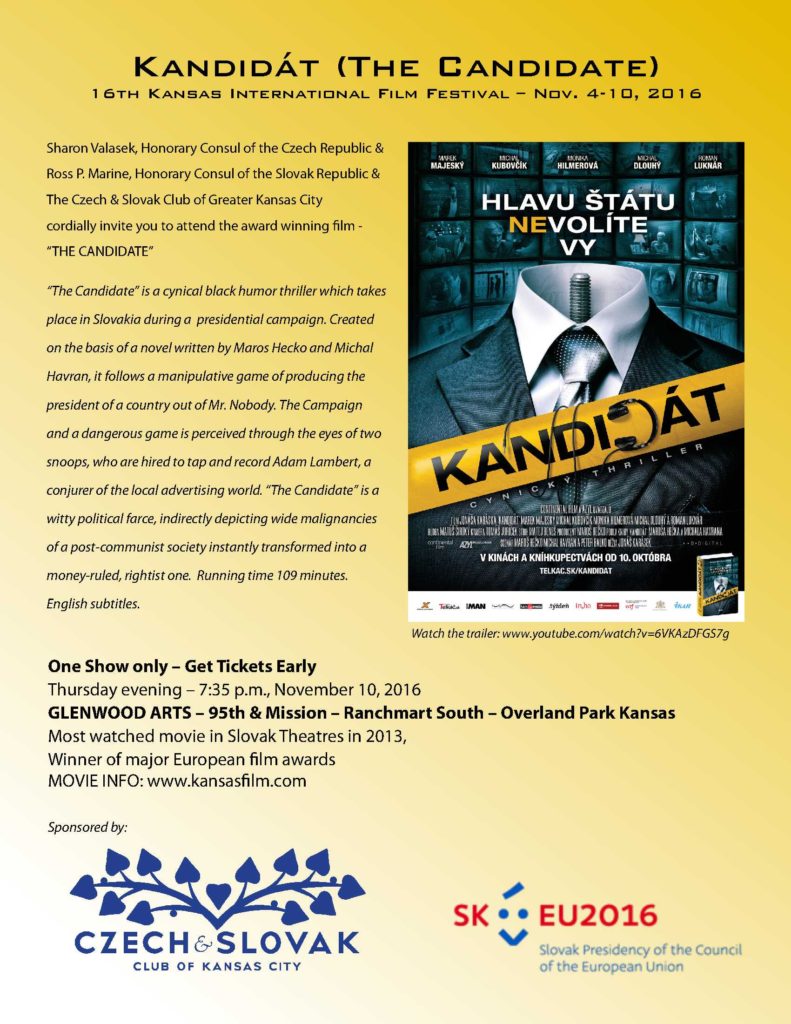 The Kandidat, a Slovak produced film will be screened at the 2016 Kansas International Film Festival www.kansas.com on Thursday evening, November 10th, 2016 at the Ranchmart Theater, Overland Park Kansas. The film is a cynical black humor thriller which takes place in Slovakia during a presidential campaign is a witty political farce, indirectly depicting wide malignancies of a post-communist society instantly transformed into a money-ruled, rightist one.

Permanent link to this article: http://kcconsuls.org/the-kandidat/