Kansas City, Missouri, USA – The Consular Corps of Greater Kansas City announces that Michael J. Devine Ph.D. will be the recipient of its second “Award of Excellence.” The award is given in recognition of Dr. Devine’s service as Director of the Harry S. Truman Presidential Library and Museum in Independence, MO, 2001-2014. The HST Library is one of thirteen federal presidential libraries administered by the U.S. National Archives and Records Administration. Dr. Devine has more than forty years of experience as a public historian and manager of historical institutions. The award is given to a community resident or organization that has exhibited leadership and achievement in the areas of international understanding and goodwill. The award will be bestowed the evening of September 24, 2014 at a ceremony to be held at the Helzberg School of Management – ROCKHURST UNIVERSITY – Greenlease library, 1100 Rockhurst Road, Kansas City, Missouri 64110.

The Truman Library’s international relationships were of special importance to Dr. Devine. Besides helping to plan conferences in Israel and The Netherlands, he spoke about Truman and the Truman Library on many occasions in international venues. He also brought the library close to the Asian Affairs Center at the University of Missouri, Columbia, and the United Nations Association in Kansas City and made it known both locally and on a national level that international visitors were always welcome at the Truman Library and would receive the finest tour they’d ever had, and maybe a lunch out with the director.

Dr. Devine has published widely on American foreign policy, Illinois history of the American West, and public history. He served as a senior Fulbright lecturer to Argentina in 1983 and Korea in 1995 and he has provided consultative services to more than a dozen projects for the American Association of Museums. In 1999, he was elected President of the National Council on Public History. In 2014, he received the organization’s Robert Kelley Memorial Award for lifetime achievement.

He and his wife, Maija Rhee (author of the Korean novel, The Voices of Heaven) have five grown children and two grandsons.

“Mike Devine is truly a citizen of the world,” Amy Williams, the Truman Library’s acting director, said. “I think he would like—if he could, if it were humanly possible—to meet everybody, everywhere, to shake their hand, hear their story, and maybe share with them what President Truman used to call a “friendly libation.” I am very pleased that the Consular Corps of Greater Kansas City is recognizing Mike’s contributions toward international understanding and goodwill by giving him its “Award of Excellence.”

The first recipient of the Consular Corps of Greater Kansas City “Award of Excellence” was awarded to Mary Jean Eisenhower for her many years of humanitarian service as President and Chief Executive Officer of People to People International in November 2013.

The Consular Corp of Greater Kansas City exists as a group to foster and advance an esprit de corps amongst our members; and to promote and foster goodwill and cooperation between our countries and the United States. See web site – www.kcconsuls.org 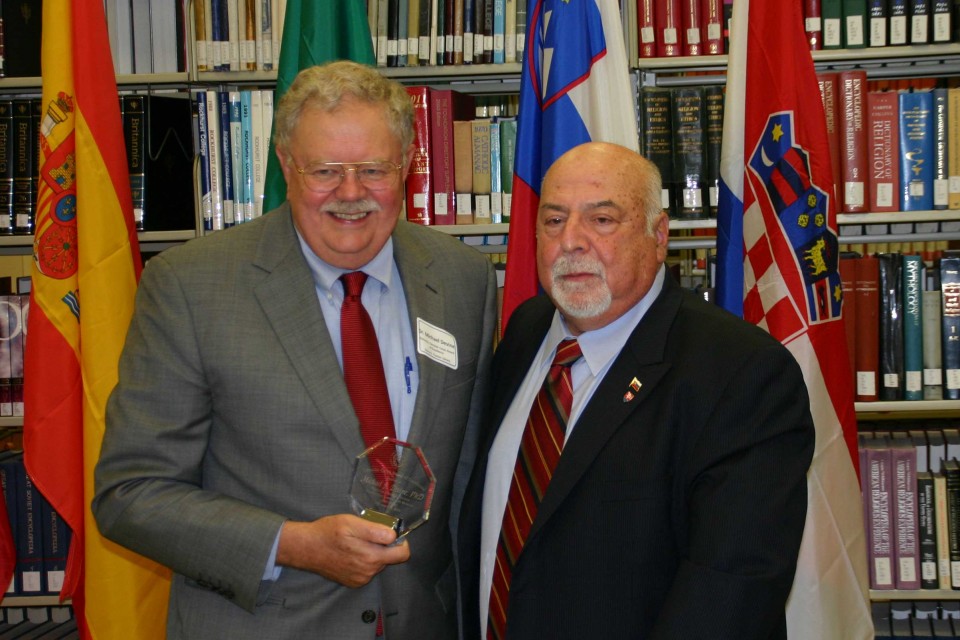 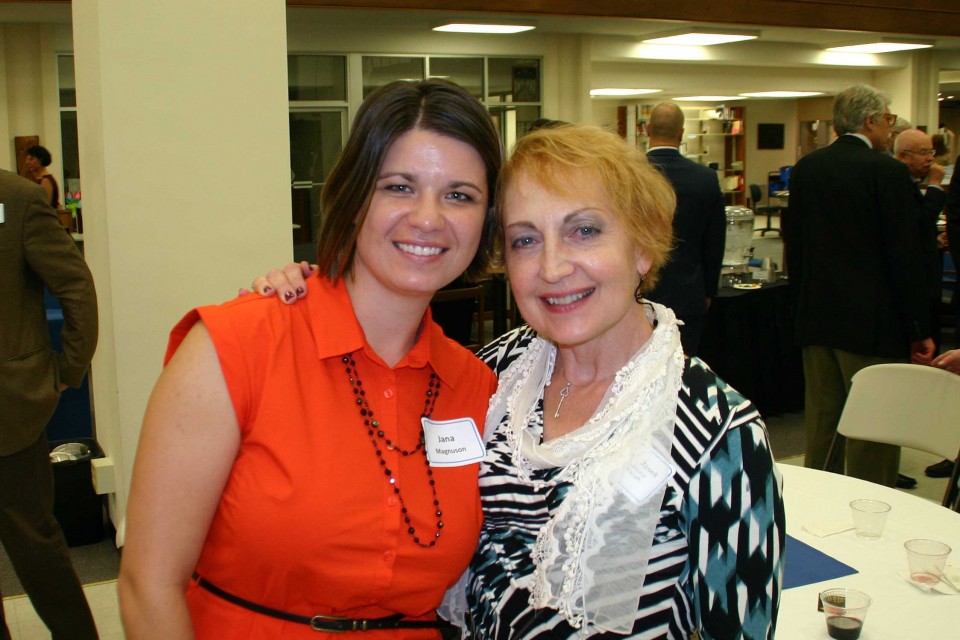 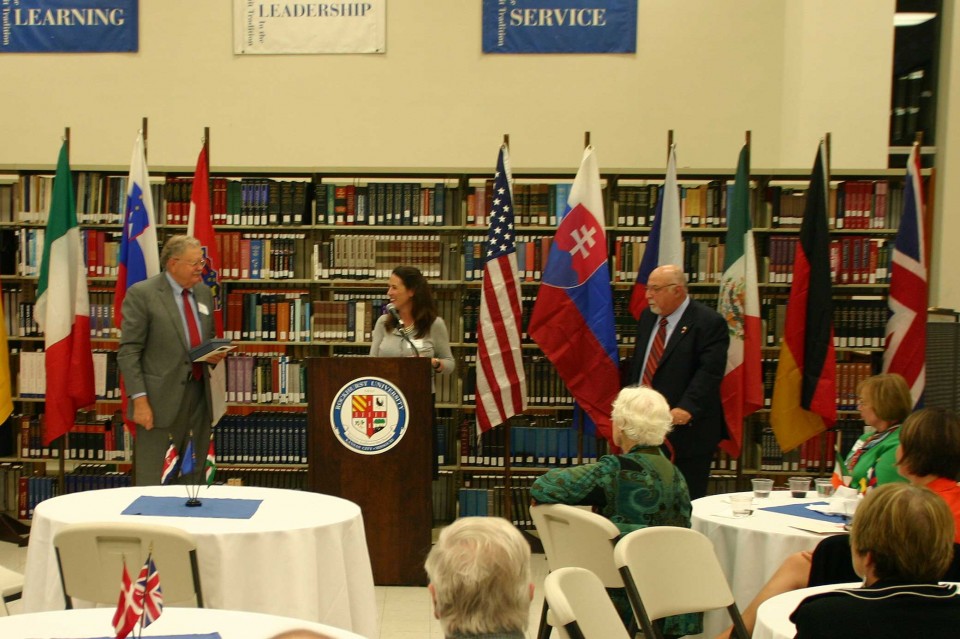 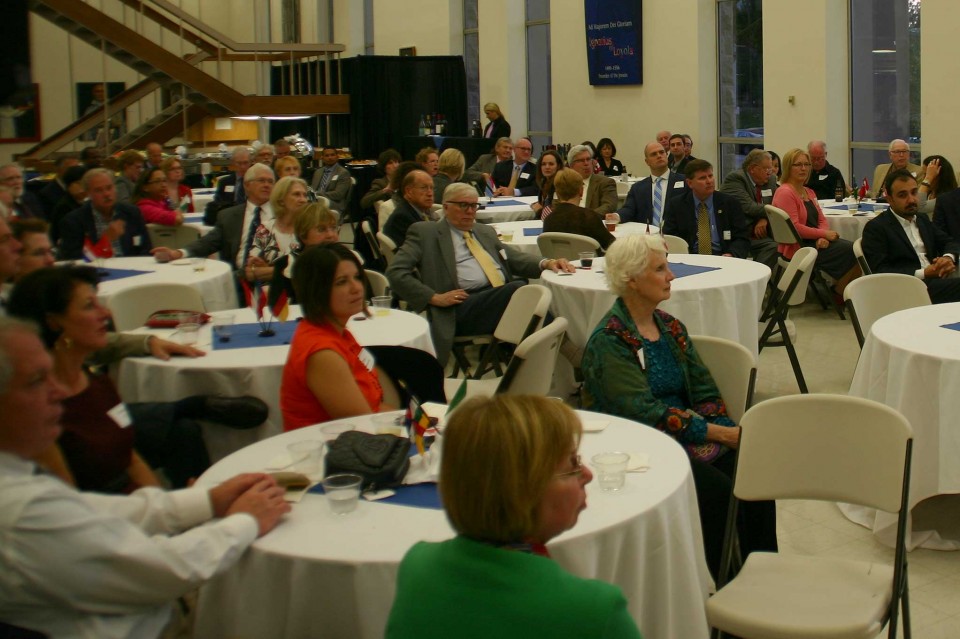 Permanent link to this article: http://kcconsuls.org/mike-devine-awarded-award-of-excellence-by-consular-corp-of-kansas-city/