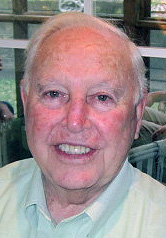 Mr. John H Fisher was born in Kansas City, Missouri, in the United States, but has lived most of his adult life in Spanish and Portuguese speaking countries where he has developed close family, friendship, and business ties.

He has been involved in consulting work in six Latin American countries for some 25 years, including eleven in Brazil, and speaks and writes fluently both Spanish and Portuguese. Most of that time he worked as a consultant for governments and private sector institutions dedicated to carrying out development projects in the areas of low cost housing and local government. As a result he has developed a large spectrum of both governmental and private sector contacts as well as acquired considerable experience in working for and with Latin American governments in the area of economic and social development.

He has been Executive Director of a US/Latin American Foundation dedicated to promoting health and education projects in Latin America. In Brazil he was a founding partner of two consulting firms and in Central America worked as a consultant for USAID during 12 years, including three in El Salvador where he was responsible for setting up OPAMSS, HABITAT, and initiating the collection of some of the city taxes through the electricity bill.

In Kansas City, his current residence, he served for ten years as the Honorary Consul for El Salvador. At the present time Mr. Fisher is a member of the Board for two non-profit organizations, based in Kansas City, HOMES FROM THE HEART, which has been building houses for the poor in El Salvador since the 2001 earthquakes, and in representation of El Salvador the Kansas City Pan American Association. He visits El Salvador frequently for business, charity and to visit family and friends. He is married to a Salvadoran from Usulután and has two children, American and Salvadoran citizens, in their early twenties.

Permanent link to this article: http://kcconsuls.org/el-salvador-emeritus/